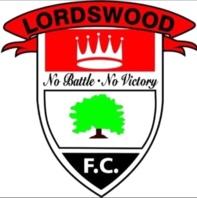 The Wells signed off for Christmas with a 7 goal thriller that extended their unbeaten run to 7 games.

A dominant opening from The Wells was rewarded when Josh Biddlecombe shot went in off the Lords post.

Despite a number of fine saves from Dan Smith in The Lords goal The Wells were unable to capitalise on their opener and conceded on 17mins when Lords skipper Jordan Wells longe range effort skidded past Calum Hampson.

Both teams were reduced to ten men on 17mins after a skirmish which saw Dane Moore and George Blake receive their marching orders.

The Lords adapted to going down to 10 men better and took the lead 10mins into the second half when Adam Hooper rifled in from long range.

The Wells retained the lead within a minute when Ola Williams equalised for The Wells when he chested in from close range on 67mins and Jason Thompson weaved his way into space and fired home on 68mins.

Jason Hollick looked to have secured a point for the hosts when he headed into The Wells net after some static defending from the visitors.

Stephen Harper made sure of maximum points when he was allowed space in the final minute and slotted home to extend The Wells unbeaten run.

Next up The Wells travel up the A26 next Saturday to face Crowborough Athletic.